My 59 gallon aquarium of about 7 years had begun to seep. A ugly cascade of impenetrable scale had solidified down one side of the tank.  I'm pretty attached to keeping an aquarium; I have to discipline myself to keeping only one.  Sheesh, it's fish.  What's wrong with me?

Our current budget is tight, buying a new tank would be unjustifiable. The obvious thing to do was to give away the fish and retire the tank, and still, I had to talk myself into calling my favorite fish store to see if they would take my large, lazy angel fish and my mysterious, mighty plecostomus.

I called them three times.

The first time I got a green light from the fish store, I got all sad and lost my nerve. It's just fish, for cryin' out loud.  What is wrong with me?

The second time I called, I had gathered my buckets and enlisted my daughter to help. She pointed out that the angel fish wasn't actually looking so well.  She is always right about things like this.  He was definitely in decline. I would never deliver a sick fish to a fish store. Sadly, the old guy died a week later.

Now only the plecostomus remained.  It should have been easy.  I called the fish store again.  They were still happy to take him, but clarified that I should bring the fish in after 4:30 pm, so that the guy who knew the best tank for him would be on hand.  Terrible timing for us, with traffic and kids' activities.  I stalled out again.

Then out of the blue, my parents pulled a perfect 40 gallon Plexiglas aquarium out of my sister's attic when they were helping her move.  I pounced.  The new tank is smaller and totally sound. I began to envision a revitalized freshwater community of little fish.

I dragged my son with me to browse at the closest fish store, which does not happen to be my favorite fish store. We gazed into all the tanks, debating the temperaments, compatibility, and appearances of various fish.  We were indecisive, uninspired, and about to leave empty-handed when the Coolest Kid walked in.

I wish I had a photo of this kid. Specifically, a photo of him talking about fish.  Jack, a high school sophomore, had chased down the store's aquarium guy, and was actively engaging him in lively discussion of cichlids that were currently in the store, and others in his home tanks, comparing notes and swapping stories.  This kid was so inspiring that I am considering tracking him down to ask to interview him about his various aquaria and his obsession with cichlids.

I eavesdropped on their conversation for about a minute before I was unable to resist asking them both about some electric yellow cichlids I had been considering.  I haven't owned cichlids, but they are interesting and beautiful.  How much space?  How aggressive?  Could I keep my plecostomus, or would a breeding pair go after him?  Was there a cichlid I could put in my tank that would work?

They were both super-knowledgeable and friendly, and the next thing I knew, I was asking about a solitary male Convict Cichlid who minutes before, I had completely written off.  The fish in question was at the top of the tank, and appeared to be stuck to the intake filter.  I learned that he had been dropped off by his owner a few days previously because another fish had been attacking him.  His fins are ragged, his color indicates stress, and his demeanor made him seem like a lost cause.

As I described my tank situation to them - a mature tank with only one reclusive resident - we all began to see the possibility of my adopting this guy.  I had been sure that fish was going to die, but they assured me that he would recover, and that moving him to a 40 gallon tank with places to hide and no attackers would do him a world of good.

So we brought him home. 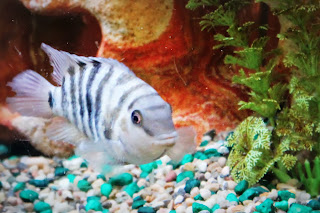 Every day, his color improves, and every day, he acts a little less traumatized. 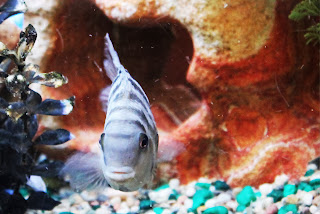 As I write, I am surreptitiously watching him arrange gravel.  He is very shy. If I move suddenly, look directly at the tank, or head over there with my camera, he darts for the safety of his cave.

IT'S A FISH. What is wrong with me?
Posted by Jacqueline at 5:27 PM No comments:

THE NEXT DAY:
My daughter is newly in a cast.
My son has just started drumming lessons.
I would not personally think of combining those two things, but to the kids, the connection was obvious and irresistible.
As if having one kid with a shattered navicular bone were not enough upset, both my kids have managed to get systemic poison oak.  One was hacking a new trail down to the lake with a couple friends with machetes. The other one was just hanging out with the machete crew. These are mountain kids; they KNOW what poison oak looks like. In the end, they figured out that the largest of the vines that they severed and joyously de-barked wasn't ivy after all.  It was a monster branch of poison oak. We have gone from calamine lotion to Benadryl to Kaiser for steroids.

And did I mention The Dog?  Sadie has had a quarter-sized bare spot on her side that has recently started to worry her a lot.  A trip to the vet later, we have ruled out mange. And, there were no mast cells.  But it is worrisome when the vet is stumped.

At any rate, this is where we end up:

Posted by Jacqueline at 6:02 PM No comments:

Last Tuesday (one week ago), my daughter broke her foot in a bad landing from an emergency dismount. Nutmeg may have been stung, or she may have brushed the electric fence, and took off like a shot. Choosing to do the emergency dismount made sense in that situation.
Poor Tessa has been here before.  Or so I thought.  I was expecting a run-of-the-mill fracture, a few weeks in a cast, and back to normal.  But then the podiatrist looked at her x-ray.   And ordered a CT Scan.
The scan showed that her navicular bone had shattered into several (about five) small pieces.

After a long discussion, the podiatrist told us that surgery was unlikely to effect a long-term fix on the joint.  There are too many small pieces to pin, and they are deep in the foot in a very difficult location to access surgically.

I appreciated his candor and his restraint.  The prognosis is that she will likely end up with early arthritis. With or without surgery.  So why suffer the "slice-and-dice?" (Tessa's words).

She is in now in a non-weight-bearing cast for 4 weeks. At that point, they will re-evaluate those crazy bones. They will either want to put her back into a cast or transition the foot into a boot for a few more weeks.

On the upside, I'm really into knowing the weather.  Hopefully, my arthritic daughter will be able to tell me when a storm is moving in.

Posted by Jacqueline at 5:52 PM No comments:

Tessa has been teaching her horse to jump. 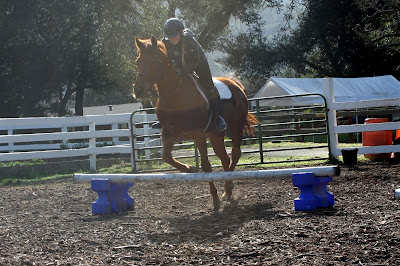 They are having a blast. 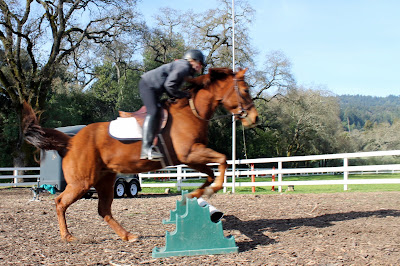 The thing is, once you start teaching creatures to jump, it can be hard to stop. 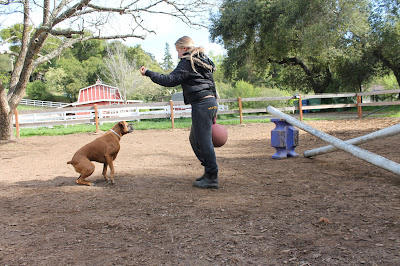 She discovered that Sadie likes it too. 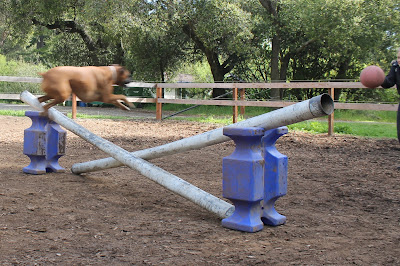 And she's good at it. 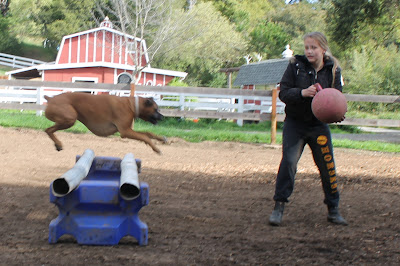 Tessa can get animals to do almost anything for her, because she turns it all into a game. 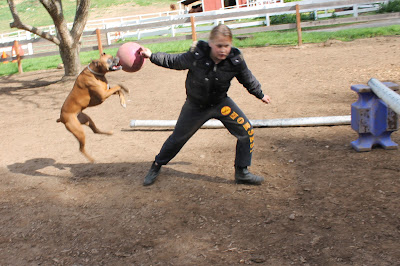 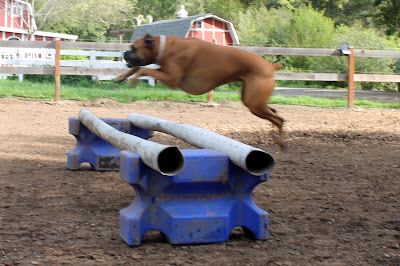 Sometimes there is cheating! 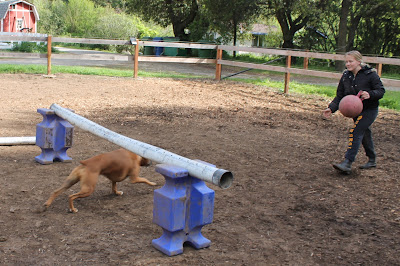 But mostly, there is jumping. For joy. 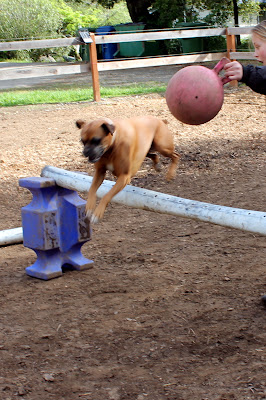 And, for the Jolly Ball. 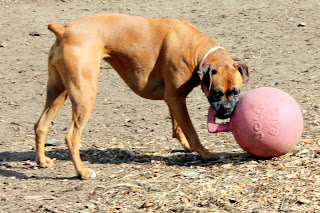 
Posted by Jacqueline at 2:10 PM No comments:

Yesterday, there was a Great Blue Heron hanging out in the tree behind our house.

Then, he began to receive signals.

The bird readied himself for interstellar message transmission:

Apparently, the message was:

Today Tessa said, "You know how our horses were listed at the SPCA as a Morgan cross and a Quarter Horse cross?"

"Well, I figured out the other part of the mix."

The corral started out really nice and unblemished.  Considering that over 50% of the wood is salvaged/repurposed lumber, we were pleased with how it ended up looking.  Vintage.  Seasoned.  Au natural. 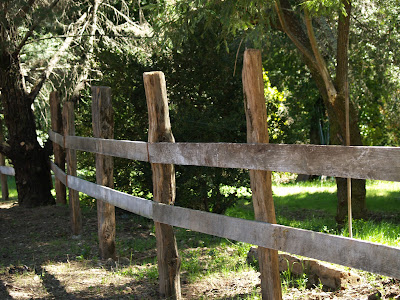 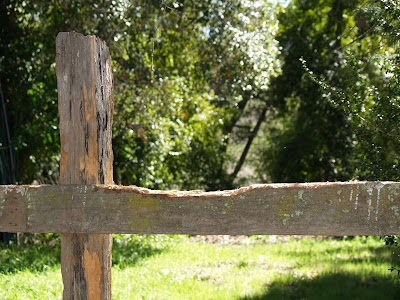 And deteriorates to this: 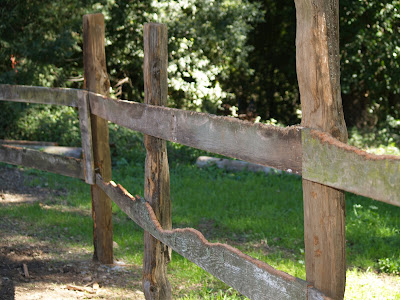 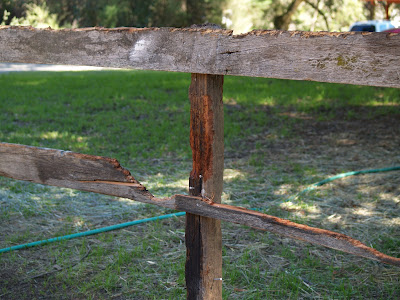 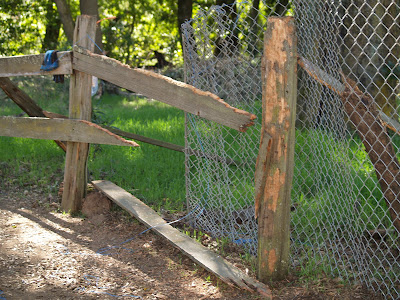 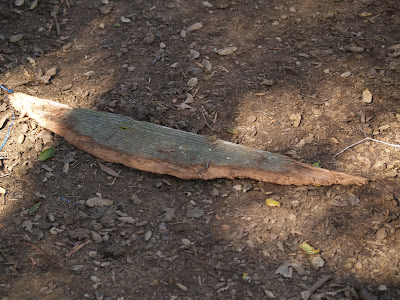 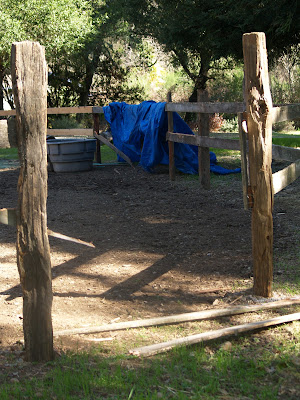 Not to worry, they came home for breakfast.  Sadly, there was only hay.
Posted by Jacqueline at 11:04 PM 1 comment: 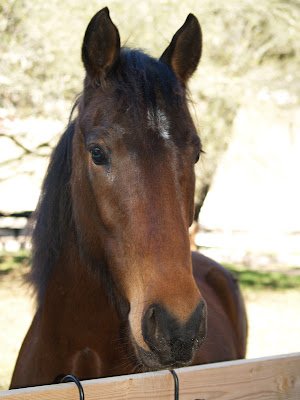 This is my new horse, Paris.  She is a 5 year-old Morgan, and has utterly stolen my heart.  Looking at her today, you'd never guess that she spent 2 weeks in Equine ICU following her rescue from dire circumstances.

This is how she looked when she was found with 18 other horses who were without food or water. 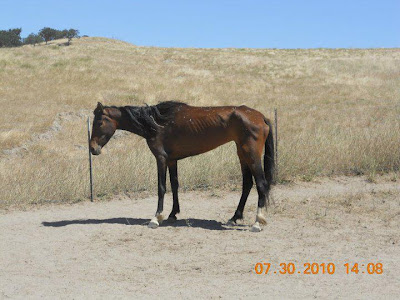 Here are links to a couple stories about the rescue.

Paris was so weak when she was found that she could hardly walk onto the trailer.  At the shelter, she collapsed.  Larry Carr, Barn Supervisor at the SPCA told me that when a horse goes down like that, they don't often get back up.  Her chance of survival was slim.

When I met Paris at the trainer's, about 17 months after her rescue, I worried that she'd be too much horse for me.  She is young and still fairly green; at the time she could hardly stand still to be tacked up.  But the moment I got on her, I fell in love.  I love the way she moves, I love the way she responds to the lightest cue.  She wants to do the right thing, even if she isn't completely sure what it is you are asking of her. Everyone who meets her comments on how sociable and curious she is.

We hadn't planned on adopting two horses.  But one day my husband said, "If you want to bring two horses home, you should."  And everything fell into place.  Paris and Nutmeg had become solid friends while they were at the trainer's, so keeping them together allowed them to emotionally support each through their transition to their new home.  They give each other confidence when we go out on the trail.

Another surprise has been what a natural leader Paris is.  She always wants to go first on the trail (or at least, ahead of Nutmeg).  If we encounter something dodgy (which for a horse can be pretty much anything), she is more easily convinced to approach it, explore it,  and let go of her fear.  Nutmeg takes her cues from Paris;  it's all good.  Hooray for the brave young horse!

I would again like to thank Larry Carr, Stephanie Nicora, Stacy Sanders, and everyone at the SPCA who helped bring Paris back from the brink of death.  And I think I could never say enough about the horse trainer, Kristi Fredrickson, who starts these green horses from the SPCA with so much patience, intuition, intelligence, dedication, and plain old hard work, giving them the best possible foundation for their future relationships with humans.

You are, each of you, profoundly inspiring, largely unsung heroes, and you have our eternal gratitude and admiration. 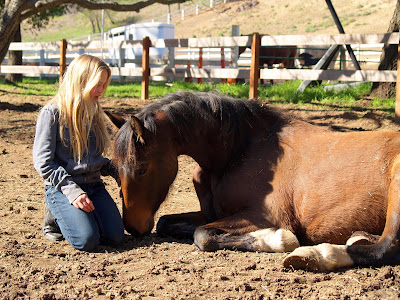 Posted by Jacqueline at 3:10 PM No comments: